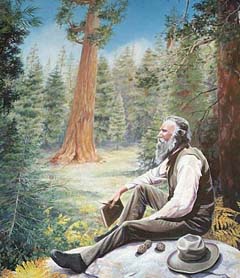 John Muir Elementary is a vibrant, socially, economically, and ethnically diverse school community. The broad numbers of languages spoken at Muir represent cultures from all over the world. English, Spanish, Hmong, Laotian, Cambodian, Thai, Tagalog, Chinese, Portuguese, Farsi and Russian are examples of the many native languages spoken by families in our school community. It is the diversity and high academic expectations which so many students, parents, and staff members consider to be the most wonderful characteristics of our school.

The school was built in 1970 and is named after John Muir, the famous naturalist, writer, conservationist, and founder of the Sierra Club. Muir was active in creating the National Parks along with 26th President Teddy Roosevelt. John Muir’s work is as relevant today as it was over 100 years ago when he dedicated his work and life to preserving nature and the environment. The school’s shared spaces are named after National Parks.

Construction of a new school began in 2010 and was built “green” reflecting the beliefs of the naturalist John Muir. Our beautiful new school opened in the fall of 2012. Our school opened as a Preschool, K-5 elementary school as the Lake Washington School District adopted a K-5, 6-8, and 9-12 format.

"Let children walk with nature...as taught in woods and meadows, plains and mountains and streams of our blessed star..."
John Muir